Despite the fact I had been taking photographs since a young teenager in the 1960s, it was only twenty years ago in 1993 I decided to join Bridgend & District Camera Club, a decision that was to play a dominant role in subsequent years and still features prominently in my life.

I had only been a member for a couple of weeks when another member put my name forward as a prospective candidate for the role of Competition Secretary at the forthcoming AGM. Up to this point the upper echelons of the committee hierarchy hadn’t bothered too much about my presence in the club, but all of a sudden they were like wasps around the jam and I was being quizzed as to my suitability for the role.  Needless to say I was voted-in and became Competition Secretary for a number of years and subsequently Chairman of the club for many years as well. I’m no longer on the committee, my choice, but am the “keeper of the kit”, that is, all the big non-electrical stuff, screen, stands etc, which I cart back and forth every week. 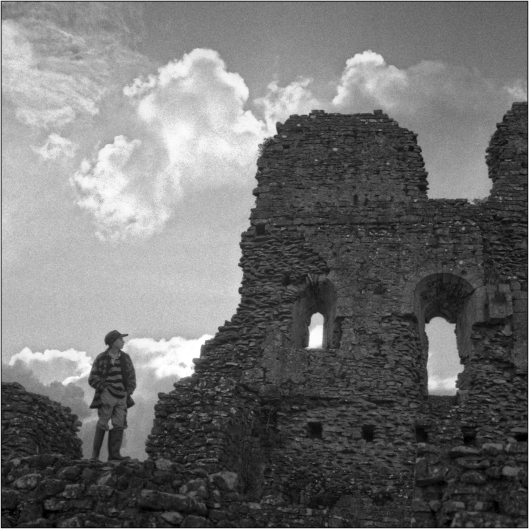 Back in 1994, when this photograph was taken, the club had a selection committee who chose all the photographs to be entered into external competitions, known as battles. As competition secretary I was automatically on the team but usually only cast my vote if there was a split decision on a photo, anyway, for one prestigious battle they chose a print of the photo shown here. I wasn’t hopeful of it doing well, after all, it isn’t a very powerful image and I waited on the competition night to hear what the judge had to say; I was amazed, he gave it the fairly high score of 16 (out of 20).

A few weeks later I entered it into the next monthly competition. The judge on that occasion was someone from another club whose own excellent photograph in the inter-club competition had been marked down lower than mine. He couldn’t resist saying that he didn’t think it was a particularly powerful photograph, and not one that should be considered entering for battles or inter-club competitions and scored it at 12 – sour grapes, I say!

5 thoughts on “My first Battle photograph”